Sharia, along with faith and morals, is one of Islam’s pillars. Sharia and its interpretation have been widely contested from the classical to the modern eras. The abundance offiqh works from ancient and medieval scholars that attempt to educate the public about Islamic law, and even the modern era is evidence of this.

These legacies serve as the foundation for contemporary scholars to interpret Sharia or determine law (fatwa), but this interpretation is deemed unfit for modern times and contrary to Islamic teachings. As a result, modern Muslim scholars have questioned what shari’ah is and its interpretation.

Khaled Abou Fadhl is a modern Muslim scholar who has re-examined the definition of Sharia. In his opinion, it is necessary to revisit the concept of Sharia because the existing Shari’ah and fatwa issued by various groups, such as the C.R.L.O. (Council for Scientific Research and Legal Opinions), are incompatible with the values of Islamic teachings and harm the image of Islam.

Most Muslims regard Islam as a foreign religion, and non-Muslims hold a negative opinion of it. On this basis, Khaled Abou Fadhl attempts to interpret shariah and reconnect it with pre-modern Muslim intellectual traditions (Kepplinger, 2021, p. 145–146). As a result, this paper will discuss Khaled Abou Fadhl and his views on Shari’ah.

Khaled was born in 1963 in Kuwait.Since elementary school, hewas exposed to Islamic sciences such as the Qur’an, Hadith, Arabic, Tafsir, and Sufism. He studied at the Al-Azhar Madrasah Egyptwhenhe was six years old. He was a bright child who memorized the Qur’an at 12. He was passionate about reading.

It is well-known said about Abou Fadhl that he read all of his parents’ book collections when he was a child. Besides, he actively participated in Qur’an and sharia classes at the Al-Azhar mosque.

He is an active imam at the Islamic Center of Southern California; he also lectures and publishes essays on his website, “Search for Beauty” (Kepplinger, 2021, pp. 147–148).

Besides, he wrote several works on ethics and humanity, such as Speaking in God’s Name: Islamic Law, Authority and Women (Oneworld Press, Oxford, 2001); Rebellion and Violence in Islamic Law (Cambridge University Press, 2001); And God Knows the Soldiers: The Authoritative and Authoritarian in Islamic Discourses (U.P.A./Rowman and Littlefield, 2001);

Islam and the Challenge of Democracy (Princeton University Press, 2004); The Place of Tolerance in Islam (Beacon Press, 2002); Conference of the Books: The Search for Beauty in Islam (University Press of Amerika/Rowman and Littlefield, 2001).

Generally, Abou Fadhl’s works address the reformation of Islamic tradition scholarship, particularly legal issues, by redefining the Sharia and reinterpreting religious texts irrelevant to the modern era, as well as by disputing the authority in Islam that embodies divine truth. As a result, this article will examine Abou Fadhl’s view on Sharia and authority in Islam.

It is common in both Western and native discourses to use Sharia (also spelt Shari’a or Shari’at) interchangeably with Islamic law. However, both are different. According to Khaled Abou Fadhl, sharia is a much broader term.

Sharia is a somewhat ambiguous term that can mean different things depending on the context. For example, al-Shari’ah al-Yahudiyya means Jewish law, Shari’at Musa means Moses’ laws, and Shari’at al-Masih means Jesus’ way or path. Shari’at Muhammad may refer to Muhammad’s Sunna or tradition, or Muhammad’s way of life, depending on the context, but it does not refer to Islamic jurisprudence or law (Abou El Fadl, 2014, p. 32).

The broad meaning of Shari’ah in the linguistic practices of Islamic theologians, ethicists, and jurists in the Islamic tradition is the way or path to well-being or goodness, the source of life for well-being and thriving existence, the fountain or source of nourishment, and the natural and innate ways and order created by God.

Sharia is God’s eternal and unchangeable law—the path of truth, virtue, and justice. As a result, Sharia is frequently used to refer to universal, inherent, and natural laws of goodness.(Abou El Fadl, 2014, p. 32)

While Islamic law, also known asal-ahkam al- Shar’iyyaorahkam al-Shari’ah, refers to the collective body of legal decisions and jurisprudential thought of numerous interpretive communities and schools of thought, all of which seek the divine will and its relationship to the public good.

The stated goal of Islamic law is human well-being(tahqiq masalih al-‘ibad). Thus, Islamic law is the fallible and imperfect attempt made by Muslims over centuries to understand and implement religious norms, to investigate right and wrong, and to achieve human welfare (Abou El Fadl, 2014, p. 32).

In essence, the text serves as the authoritative centre in Islam. The Qur’an frequently criticizes Christians and Jews for treating their priests and rabbis as mini-Gods rather than submitting to God alone (Abou El Fadl, 2010, p. 38).

However, over time, the authority of God and the Prophet changed from the texts (the Qur’an and Sunnah) to a collection of works by certain scholars or communities that seemly considered to represent the ‘voice’ of God and the Prophet. Abou Fadhl names claiming this action (claiming as the representative of God’s voice) as authoritarianism. He defines authoritarianism as follows,

In the Islamic context, authoritarianism is an act of ultimate lack of self-restraint that involves a fraudulent claim whose natural effect is to usurp the Divine Will. Authoritarianism, then, is the marginalization of the ontological reality of the Divine and the depositing of this Divine Will in the agent so that the agent effectively becomes self-referential.

In the authoritarian dynamic, the distinction between the agent and the Principal becomes indistinct and blurred. The Principal’s Will and the agent’s speech become the same, as the agent superimposes his or her determination upon the instructions of the Principal.

Since textual and non-textual indicators represent the Principal, in the authoritarian process, the agent, for all practical purposes, negates the autonomy of the indicators and makes the voice of the indicators absolutely and irrevocably contingent on his or her determination.

The authoritarian dynamic denies the integrity of the indicators by foreclosing the possibility of self-expression of the indicators. It prevents the development and evolution of meaning in the interpretive community (Abou El Fadl, 2010, p. 293).

Authoritarianism deals with a reader/ interpreter.When a reader understands a text and draws a law from it, he embodies the text. As a result, the text and the reader’s understanding will become the same. In this process, the text becomes subordinate to the reader, and the reader effectively becomes a substitute for the text.

The reader will only relieve the authoritarian in this position. Furthermore, it gave rise to a cult of fanaticism toward these interpretations or understandings, such that he regarded the results of his understanding as having the same authority as the original texts (al-Quran and Sunnah).

Abou Fadhl offers five things to prevent this authoritarian tendency. They are honesty,sincerity,comprehensiveness, rationality and self-control. According to Abou Fadl, these five things appear as rational imperatives(dharuriyyat aqliyyah) for a logical relationship between Muslims and special representatives and texts (either the Koran or hadith).

These aim to approach God’s will as objectively as possible in searching for the meaning of the text. If a reader of the text follows the five prerequisites listed above and believes the outcome will be the truth, that is, the truth according to God. Disputing these five matters violates authority and reflects an authoritarian attitude of arbitrary interpretation.

Regarding authority, Abou Fadhl states that there is no church in Islam, community or person that embodies God’s divine authority. Hence, everyone (Muslim) can do ijtihad without doubt and fear of failure since ijtihad will be rewarded for success or failure (Abou El Fadl, 2010, p. 34).

In other words, authority in Islam does not belong to a person, institution, community even state. Speaking of authority, Abou Fadhl would like to criticize Wahhabi groups such as C.R.L.O. (Council for Scientific Research and Legal Opinions), which edicts the law as the representative of the voice of God.(Abou El Fadl, 2010, p. 353)Somefatwaof C.R.L.O., with the comments of Abou Fadl, will be discussed here for a clear example of Abou Fadhl’s thoughts.

Prostrating to Husbands, Licking Their Ulcers While Struggling: an Example of Abou Fadhl Critique

The C.R.L.O. jurists, and many others in the modern era, argue that wives are obligated to obey their husbands as long as their command is legal. This means that a wife must obey her husband if he orders her not to leave the house, work, visit friends, cook Indian food, or wear her grandmother’s nightgown or curlers to bed. In other words, a wife should always obey her husband in everyday matters.

If her husband wants to have sex, she should comply right away. If she wishes to fast outside Ramadan, she must first obtain his permission. According to Abou Fahl, these jurists quote a Quranic verse, “Men are the maintainers (qawwmn) of women by what God has given some over others, and by what they spend” (Abou El Fadl, 2010, p. 428).

Another source used by jurists to legitimate this kind of attitude is hadith. They cited a hadith narrated from Abu Hurairah and ’Aishah:

All of them are āḥādī ḥadīth (reports of singular transmissions) not reaching the level of tawātur (reports of several transmissions).Abou Fadhl argues that the evidence suggests that the prostration and submission traditions cannot be relied on because we cannot conclusively assert that the Prophet played the primary role in the authorial enterprise that produced them.

For one thing, they contradict the theological concept of God’s undivided supremacy and God’s Will. Furthermore, they contradict the Quranic discourse on marriage. “From God’s signs is that God created mates for you among yourselves so that you may find repose and tranquillity with them, and God has created love and compassion between you,” the Qur’an says (Qur’an 30:21).

Furthermore, Abou Fadhl explains that these traditions contradict the cumulative reports describing the Prophet’s behaviour with his wives. For example, al-Bukhr reported that ‘Umar’s wife told him during an argument, “You reproach me for answering you!” By God, the Prophet’s wives respond, and one of them may even desert him from morning to night.”

According to Tayals, one of the Prophet’s wives may argue with him until she enrages him. In conclusion, Abou Fadhl doubts the authenticity of this tradition. She states that, as a believer, he cannot believe that the Prophet said such things (Abou El Fadl, 2010, p. 443). 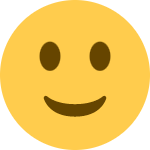 Terbaru | Giat | Disukai
Don't have an account?
Daftar
Back to
Masuk
Back to
Masuk
Choose A Format
Story
Formatted Text with Embeds and Visuals