by Azhari Andi
3 tahun ago10 bulan ago 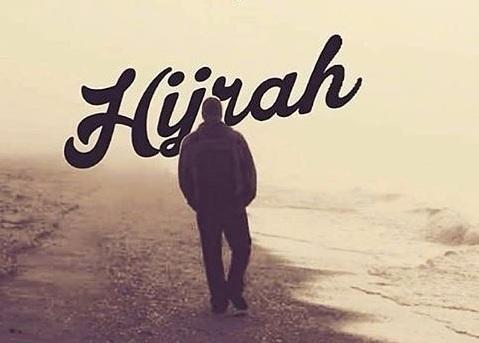 Hijrah normatively refers to the historical event of the prophet migration which has essential meaning in Islam. Recently, hijrah has been materialized by physical appearances. In addition, current Muslim understand hijrah as process of stereotyping the way to dressing up and speaking like Arabian. Hijrah has been transforming to life style and leading to the construction of social movement which is more exclusive in which they, who join the hijrah movement, appreciated themselves and claim themselves as the best role in Islam.

Furthermore, it brings to truth claim and unrespect others. It is in contrary with the massages that have carried out by the event of hijrah. There are two messages or meanings of hijrah, at least, that can be associated with the prophet Muhammad migration; building peace and inclusive society.

The first essential meaning of hijrah is a mission of peace. In the history of Islam, it is recorded that as many as three times Muslims performed migration to avoid the Meccan Pagans’ torture on Muslims. Hijrah was also an effort of ceasefire between these two different isms. The migration of Muslims from Mecca, the land of war, to Medina, a peaceful land, is a good example to describe the essence of hijrah.

The condition in Mecca where Muslims faced hostility and resistance from Meccan Pagans forced Muslims to leave this place. Medina was a strategic destination because the land welcomed diversity and multi-religion which enabled Islam to grow rapidly. There, Muslims lived side by side in harmony with Jews, Christians, and other beliefs. In addition, in Medina, Prophet Muhammad reconciled two tribes which were in conflict for ages, ‘Aus and Khazraj (Al-Thabari, 2000). Thus, hijrah brings the first essence of Islam teachings, namely peace.

Another fundamental meaning of prophet migration is to build an inclusive society. Why Islam developed and grew in Mecca, Muslims gained hostilities and discrimination from Meccan paganism every day. Muhammad al-Ghazali argued that Meccan pagans did not stop to discriminate Muslim even a day. They will stop doing truce against Muslims if the Prophet Muhammad approaches them by praising their gods and recognizing their dignity (Syaikh Muhammad al-Ghazali, n.d). For example what happened to Bilal ibn Rabbah. He was a slave who got torments from Mecan pagans because he converted to Islam in secret. Mecan pagans will stop doing a truce to Bilal if he wanted to praise their gods. That condition showed that there was no freedom in religious life in Mecca at that time.

Islam as new religion at that time was severely opposed by Meccan pagans. Therefore, the prophet Muhammad ordered his companions to emigrate to a fair country, namely Habsyah. Habsyah was a non-Islamic country which was led by a fair king, Najasyi. The companions carried out the prophet’s order to migrate from the cruel country (Mecca) to the just country (Habsyah). Although the country of Habsyah was not Islamic country at that time, King Najasyi welcomed and provided protection for Muslims (Muhammad al-Khudri, 1988).

In conclusion, the event of prophet migration (hijrah) in early Islam is not exactly about lifestyle, but it is a history which has full of learning about peace building and an inclusive society. It means that people who do hijrah should be peacemaking and inclusively minded.

This site uses Akismet to reduce spam. Learn how your comment data is processed.

Terbaru | Giat | Disukai
Don't have an account?
Daftar
Back to
Masuk